Eadie's Mechanical is the FIRST Workshop in Ipswich to be able to perform DPF Cleans On Car, without removing it and sending away.
The Multiserve machine, combined with the correct Chemicals and knowledge can not only clean congested DPF's but also Injectors, Air Intakes and Turbo's.

What is a DPF and Why does you car have it?

All new diesel cars are fitted with a Diesel Particulate Filter (DPF). We explain what it is, why your car needs one and about DPF cleaning

While it isn’t usually necessary to understand the engineering in your car, if you drive a recent diesel model, it could be useful to know about the DPF.
The abbreviation stands for diesel particulate filter, and as its name suggests, its purpose is to stop tiny but toxic particulates being emitted from your car’s exhaust. But the way many DPFs work can cause problems if certain precautions aren’t adhered to.

What is a DPF filter?
Because diesel engines burn fuel differently to petrol ones, a lot of soot is created as a byproduct of the  combustion process. This fine, almost invisible substance can cause significant health issues in the  environment; it’s the DPF’s job to trap and destroy them before that can happen. DPFs became standard in  2009, but some diesel models were fitted with the technology before this date.


DPF cleaning
While a DPF’s first job is to trap and hold onto harmful particulates, it needs to get rid of them, too. The DPF does this by exposing them to very high temperatures, burning them and turning the particulates into harmless ash, in a process called DPF regeneration.
DPF regeneration and why diesels can be bad for short trips
The DPF can start regeneration in a couple of ways, but both need the exhaust gases to get extremely hot – usually around 500 degrees Celsius, which is twice as hot as a domestic oven. ‘Passive regeneration’ takes place when you drive your car at speeds above 40mph for several minutes at a time, and doing this regularly should burn off the particulates in the DPF automatically.
However, many drivers who live in towns and cities, or who only drive short distances, won’t get their exhaust to a high enough temperature for ‘passive regeneration’ to occur. This can lead to soot building up, eventually blocking the DPF and causing engine problems like reduced fuel-efficiency and misfiring. A warning light may also appear on the dashboard
If you don’t drive at speed often, the engine will try to clear the DPF via ‘active regeneration’. This is where the engine lets the exhaust gases get hot enough to burn off the soot without requiring the car to be run at speed.
Unfortunately, active regeneration can only take place when the car is moving, so town drivers – who typically drive in stop-start traffic – may find their cars are unable to actively regenerate the DPF.
Most cars have a two-stage warning system. If you see an amber light, you should be able to get the DPF to regenerate itself by driving over 65km/h for about 10 minutes. If you see a red DPF warning light, however, this means a trip to the garage is needed.
(Source: Carbuyer.co.uk) 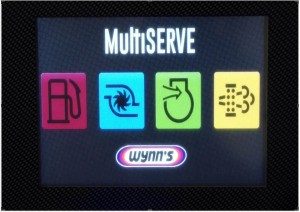